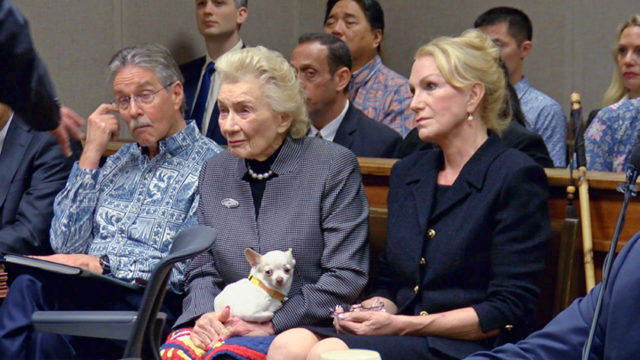 HONOLULU – On March 15, 2018, Hawaii Judge Robert Browning ruled that the long battle for control over HRH Princess Abigail Kawananakoa’s $215 million trust must continue until the investigation into the alleged physical abuse by her wife and longtime companion, Veronica Gail Worth is finalized by the special master appointed in September, 2018.

Princess Kawananakoa is a direct descendent of the Ali`i (royal) family that ruled over the islands before January of 1893 when a group of Americans seeking control over the peaceful Kingdom of Hawaii, purportedly to protect their vast business interests. In 1993, the so-called Apology Resolution was adopted by both houses of the United States Congress and was signed by President Bill Clinton which formally acknowledges that “… the Native Hawaiian people never directly relinquished to the United States their claims to their inherent sovereignty as a people over their national lands, either through the Kingdom of Hawaii or through a plebiscite or referendum.” “The resolution has been cited as a major impetus for the Hawaiian sovereignty movement, and has been the subject of intense debate.”

With this ruling, management of the trust will remain in the hands of Kawananakoa’s attorney James Wright who became trustee after a recent stroke left the Princess allegedly mentally impaired. A recent AP story noted that “Kawananakoa claims she’s fine, and has since fired that lawyer and married her girlfriend of 20 years.”

HRH Kawananakoa is highly revered and has often used her money for the benefit of the Hawaiian people including the current effort to reform the semi-autonomous State Office of Hawaiian Affairs (OHA) which was created by the 1978 Hawaii State Constitutional Convention to create some compensation for the forced colonization of the indigenous peoples of Hawaii after the 1893 overthrow. The trust includes 200,000 acres of land including some of the most valuable income producing property in the state — including the Honolulu Airport.

Perhaps her most prominent recent effort was the continuing political fight over the control of the mountain of Mauna Kea on the Island of Hawaii and the indigenous Hawaiian’s effort to stop construction of a 30-meter telescope. There are already 12 enormous telescopes in place with little financial benefit to the Hawaiian people who consider the mountain to be one of the most sacred sites in the islands. Among other things, HRH Princess Kawananakoa provided the bail for the many Hawaiians who were arrested during the recent protests.