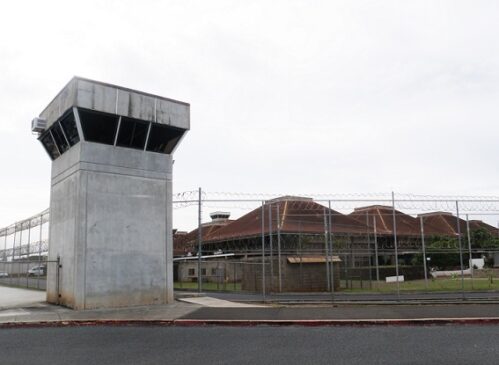 The American Civil Liberties Union of Hawai‘i (ACLU of Hawai‘i) filed a motion on September 7, 2021, seeking leave to file an amicus brief in support of the Hawai‘i Office of the Public Defender’s request that the Hawaiʻi Supreme Court release certain people from Hawaii’s jails and prisons during the state’s worst outbreak of COVID-19 since the pandemic began.

The Hawai‘i Supreme Court issued two series of orders since the start of the pandemic, leading to the safe release of hundreds of incarcerated people from Hawaiʻi prisons and jails. The vast majority of people released did not commit new crimes, and of the few that did, they almost universally committed houselessness-related offenses or technical violations of probation or parole. Nevertheless, in April 2021 the Court terminated the release process because of declining COVID-19 case counts statewide. Since then, however, the number of outbreaks inside prisons and jails has steadily increased. The latest filing by the ACLU of Hawai‘i argues that with the spread of the more-contagious COVID-19 variants it is critical to public health that the Court intervene now to order that more people be released.

In its amicus brief the ACLU of Hawai‘i argues the Court should, at minimum, grant the relief requested by the Public Defender’s Office and order the continued release of low-risk individuals to slow the spread of COVID-19 in prisons and jails, where infection rates have recently skyrocketed. It further argues that in granting such relief the Court should declare that present conditions inside Hawai‘i Department of Public Safety (“DPS”) facilities violate the Hawaiʻi Constitution.

While no one, regardless of what crime they are accused or have been convicted of, should be subjected to cruel and unusual punishment—a stronger presumption of release should be used for three groups of incarcerated people, according to the ACLU of Hawai‘i: (1) pretrial detainees, many of whom are incarcerated just because they can’t afford bail; (2) people who have committed technical violations of probation or parole, and are therefore incarcerated for things like missing curfew; and (3) kūpuna, who are more vulnerable to COVID-19 and present a lower risk of committing crimes.

Finally, the ACLU of Hawai‘i argues that the Court can craft the release process in a way that protects—and does not undermine—public safety. Citing last year’s study by Lawyers for Equal Justice, the ACLU of Hawai‘i notes that, as a result of the Supreme Court’s ruling, hundreds of people were released from DPS facilities, mitigating the risk to public health by helping to curb the spread of COVID-19 within and outside of correctional facilities. As noted above, the vast majority of the people released did not commit new crimes. The brief also notes that the Court can equip trial court judges with the tools they need to tailor the release process to particular circumstances.

Wookie Kim, Legal Director of the ACLU of Hawai‘i said: “As recent outbreaks have shown, our jails and prisons are unsafe, not only for those who are incarcerated and work in these facilities, but also for the community at large. We are asking the Court to order that more people be released from these dangerous and overcrowded conditions. This can be done without harming the community or public safety. Lawyers for Equal Justice’s real-world study showed that the sky did not fall the last time the Court implemented a release process. There’s simply no reason to believe that the Court can’t design another release process that will protect both public health and public safety.”

The petition follows a recent order in a separate case where U.S. District Court Judge Jill Otake ruled DPS failed to follow its own Pandemic Response Plan and declared that Hawai‘i prisons and jails responded so poorly to the spread of COVID-19 that corrections officials demonstrated “deliberate indifference” to the threat the disease posed to people inside. In its brief this week, the ACLU of Hawai‘i also requests that, to better safeguard against the further spread of COVID-19 in and out of DPS facilities, the Court should order all DPS staff to quickly comply with the state worker vaccination mandate.