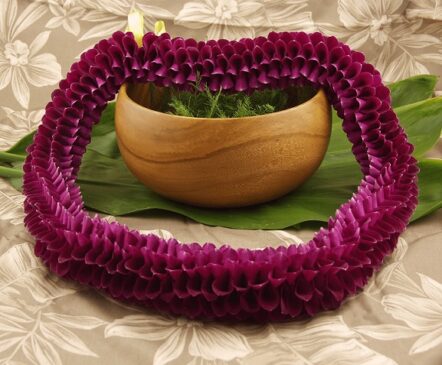 Gail Glushenko loved the travel and tourism industry. She loved Hawaii and cared for her extended members of the Hawaii Tourism Wholesalers Association (HTWA), specifically her concern for Scott Foster who suffered a stroke before the last physical meeting of HTWA at Murphy’s Bar & Grill in Honolulu.

Gail was there checking for Scott, and now Scott has recovered and sadly wrote her obituary:

After school, Gail worked for Hawaii National Bank as a bank teller; later she worked for First Hawaiian Bank as their head teller and also worked at the Foreign Exchange Department and later worked as a loan clerk in the International Loan Department.

She left the bank and began work at the law firm of Case, Kay and Lynch first as a receptionist, document clerk, secretary to the paralegals, and later as a legal secretary to several attorneys.

Gail left the law firm to start work at Aloha Airlines as a reservation agent; later, she applied for and received the position as Regional Sales Manager where she continued her sales career for the next 21 years until Aloha Airlines ceased operations.

After Aloha Airlines went out of business, Gail was hired by Mokulele Airlines as their sales manager.

She retired from Mokulele after 9 years and was hired to work for the Hawaii Tourism Wholesalers Association (HTWA) as their Executive Assistant and resigned from the association June 2020. She loved the monthly meetings she organized at Murphy’s Bar & Grill.

Gail is survived by her daughter Nancy Ann Chang; step-son Anthony Glushenko, III (Linda) or Ruska as he is called; grand-daughters Malialani Sherron Chang, Meghann Matsuda, Kulia Blalock, Faith Blalock; grandsons Keanu Anthony Chang, Anthony and Gino Glushenko, and several great-great-grandchildren; sister Effie Yamaguchi (Michael). She was a wonderful mother and “Nana” to her daughter and grandchildren, a loving sister and friend to all who knew her. She will be dearly missed, but now has been reunited with her loving husband Tony who she loved dearly. Private services are arranged by Nuuanu Memorial Park & Mortuary LLC

Gail was a big fan of eTurboNews and Hawaii News Online. Publisher Juergen Steinmetz said: “All of us at eTurboNews are very saddened by this news. Gail will be missed. Our thoughts and prayers go out to Gail’s family. May she rest in aloha.”