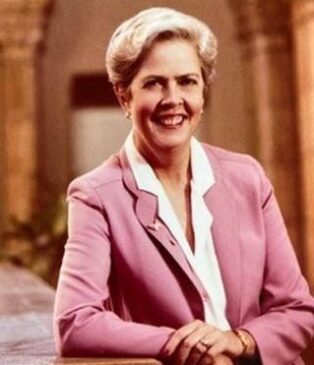 Anderson had a long history of public service, having served as the State of Hawaii’s first Director of the Department of Budget and Finance under Governor George Ariyoshi. In 1980, she defeated incumbent mayor Frank Fasi with seventy percent of the vote. That year, Anderson was named Hawaii Business Magazine “Woman of the Year.”

Eileen and her husband Clifford were active in community service including both Boy and Girl Scouts, Aloha United Way, Liliuokalani Trust, Calvary Episcopal Church and Kaneohe Little League where Clifford served as League President between 1960-1963.

“Ours parents spent their careers in public and community service.  We knew well of their love and dedication to the people of Hawaii,” said Eileen Anderson’s daughter, Patricia Anderson. “With the job of leading the City and County of Honolulu, came the responsibility of making difficult decisions that wouldn’t please everyone.  All decisions whether in transportation, tourism, land, or business & industry, would have long term fiscal impacts that ultimately filtered down to the ‘Ohana and Aina of O‘ahu.  Eileen Anderson took this responsibility very seriously. We are proud of her accomplishments and the legacy she leaves behind.”

In honor and memory of Mayor Eileen Anderson, Mayor Rick Blangiardi has ordered the flags be flown at half-staff at all City facilities tomorrow, Wednesday, December 1.