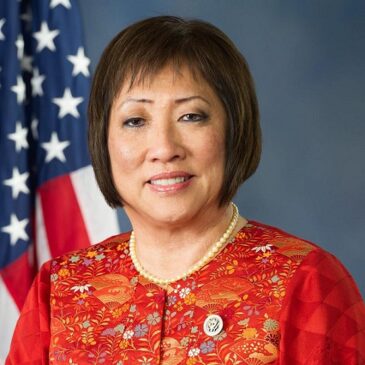 Honolulu Mayor Rick Blangiardi announced today he is appointing Colleen Hanabusa to the Honolulu Authority for Rapid Transportation (HART) board after current board member Glenn Nohara stated his intention to not seek reappointment.

“Glenn Nohara is a well-respected member of the HART board and upon receiving his letter indicating he would not seek reappointment, I called Glenn to thank him for his years of service and let him know he would be greatly missed,” said Mayor Blangiardi. “During the call Glenn told me he replaced Colleen on the board, which is when I decided to ask her about the board nomination. When I called Colleen, we had an insightful conversation and she gratefully agreed to rejoin the board. Make no mistake about it, Colleen is an excellent choice and her commitment to public service will not only save the City money, but it will bring her aggressive oversight, as demonstrated during her last service on the board, back to the project.”

“I am committed to see HART completed,” said Hanabusa. “Since 8th grade, I commuted to town from Wai‘anae and I experienced first-hand the need for a multi-modal transportation system that gives people an alternative to driving. While I previously applied for the Consultant’s position, the board is the policy making body for HART and I truly believe that my passion and my expertise in policy formation, interpretation and application is my greater contribution to the board. The project owes the taxpayers of the City and County of Honolulu and those who pay the transient accommodations tax, transparency and answers as to why the project is so challenged,” said Hanabusa. “Glenn Nohara was a very dedicated member of the HART board. I have worked with him for many years and respect his work on the board. I am humbled by Mayor Blangiardi’s appointment and will work to restore trust in the largest public works project in Hawai‘i’s history.”

Hanabusa’s appointment will begin on July 1, 2021 when Mr. Nohara officially steps down. She respectfully declined the role of the consultant to the HART board. HART board members are volunteers and are not compensated for their service.