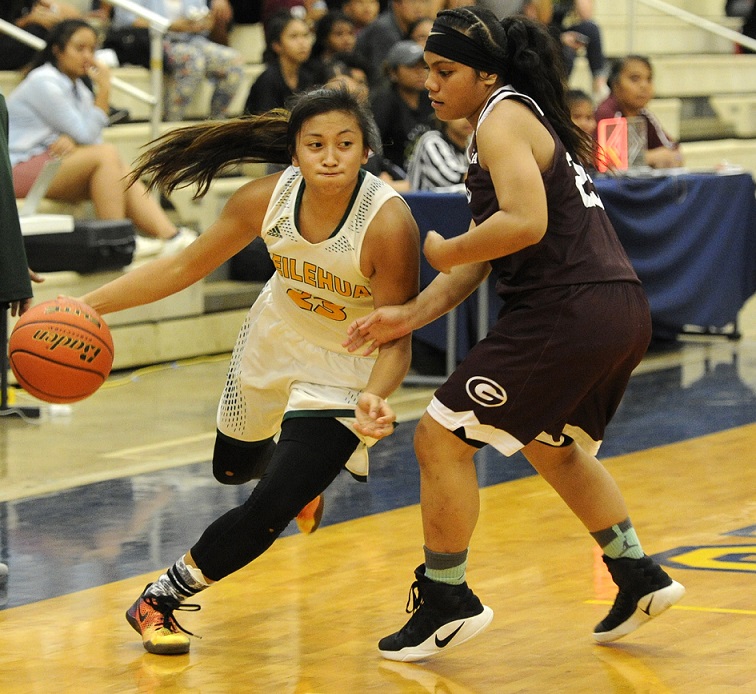 A lawsuit is being brought under Title IX, the federal civil rights law co-authored by former Hawaii Congresswoman Patsy Takemoto Mink that prohibits discrimination on the basis of gender in any school that receives federal financial assistance. The Hawaii State Department of Education’s (DOE’s) latest attempt to shirk its responsibilities to girls comes just short of the 49th Anniversary of Title IX (which will be June 23, 2019).

Rather than actually fix gender inequities in Hawaii public schools, the DOE is simply hoping to run out the clock. Documents filed yesterday in federal court by the ACLU of Hawaii, Legal Aid at Work, and Simpson Thacher & Bartlett (“Plaintiffs’ counsel”) reveal that DOE has simply been waiting for two female high school athletes to graduate, hoping the mere fact of their graduation will prevent the girls from being able to proceed with their gender discrimination lawsuit.

T.T., one of the plaintiffs in the lawsuit said, “We aren’t asking for money, we aren’t sabotaging anything they have, all we want is for future athletes coming in to Campbell High School to have the best possible experience and opportunities. And if the DOE wants to say that this lawsuit is hurting their rep, no, it’s giving them a chance to make it better.”

Last December Plaintiffs’ counsel filed a class action lawsuit against DOE and the Oahu Interscholastic Association (OIA) on behalf of two female student athletes at Campbell High School. The lawsuit alleges that DOE has committed multiple violations of federal civil rights law by denying girls at Campbell the same athletic opportunities, treatment, and benefits that it provides boys—such as providing fewer teams to girls, inferior locker room space, and subpar competition facilities. The lawsuit followed approximately ten months of attempts by the ACLU of Hawaii to get DOE to voluntarily improve the way it treats girls, as required by federal law.

The DOE contends it should have been able to dismiss the class action once the two girls graduated (and relatedly that an additional female athlete who has not yet graduated should not be allowed to be added to the lawsuit as a plaintiff). As Plaintiffs’ counsel noted in yesterday’s filing: DOE’s pattern of delay makes it painfully clear that DOE’s entire defense strategy has been to do nothing, wait for Plaintiffs to graduate, and move to dismiss. This strategy is as legally flawed as it is wasteful and shameful. Plaintiffs and their peers sincerely hope that the so-called “dramatic  changes” to the Complaint cause real dramatic changes in the way DOE approaches this litigation and Title IX compliance in the future.

The OIA also recently asked the court to dismiss it from the case claiming it was not subject to Title IX. The court denied that motion. The court found that based on the allegations in the complaint, DOE appears to have controlling authority over OIA and is clearly subject to Title IX’s equity mandate.

ACLU of Hawaii Executive Director Joshua Wisch said, “The fact that DOE is now admitting that its entire strategy has been to wait for our clients to graduate and then attempt to sweep this under the rug is unacceptable. The people of Hawaii deserve better.”

Legal Aid at Work Senior Staff Attorney Kim Turner, who is co-counsel in this case along with the ACLU and Simpson Thacher & Bartlett said, “These girls should not have to resort to court to finally experience gender equity in school-run athletics, but they have bravely done so after exhausting all other options. Now DOE and OIA are using every tactic to avoid facing this matter on its merits, the unfairness girls are daily experiencing. No school should deny girls the opportunity to play sports and deny girls equity on their existing teams, as participation leads to academic, health, and employment success—dividends every student deserves, regardless of gender.“