HAWAII GOVERNOR ON THE WAY OUT 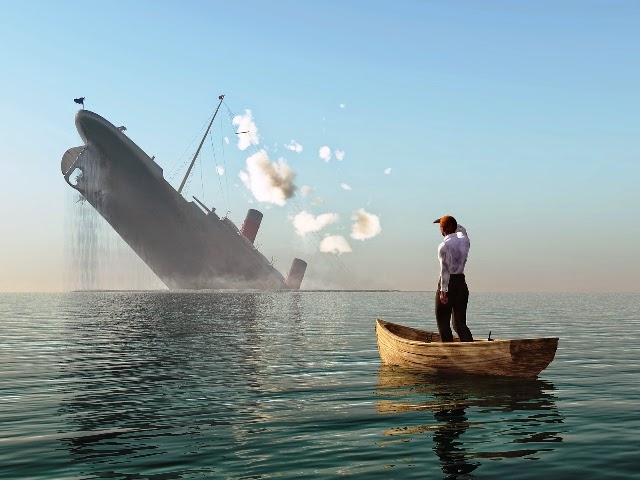 March 29, 2018
HAWAII GOVERNOR ON THE WAY OUT
By Scott Foster

HONOLULU: Those who might have been thinking things couldn’t get any worse for Hawaii’s Governor David Ige, a poll commissioned by the Honolulu Star-Advertiser indicates Ige’s most viable opponent (one of Hawaii’s two U.S. Representatives) Colleen Hanabusa has a stunning 20-percent lead over incumbent Governor Ige. With less than five months until the Democratic primary, “47 percent of likely Democratic voters” say they would vote for Hanabusa if the election were held today. “Only 27 percent of likely Democratic primary voters said they would support Ige if the election were held today, an extraordinarily poor showing for an incumbent governor in Hawaii.” Hanabusa is not without her own critics in the Progressive sector but as with Governor’s Ige’s unexpected victory over his one-term predecessor Governor Neil Abercrombie, getting rid of Ige is worth the risk of trying to rein in Hanabusa’s pro-development inclinations and “big money” connections such as king/queen maker retired banker, Democrat Walter Dodds. More on that later.

A long series of bad staff decisions and missteps have plagued Governor Ige (see our March 14, 2018 story ”HAWAII GOVERNOR IGE ADDING INSULT TO INJURY”) and one of the first clues Ige’s political ship was on the rocks was the January 2018 resignation of Lt. Governor Shan Tsutsui. Tsutsui said he was resigning to join a company “that will allow him to work from his home island of Maui.” Well maybe, but this past Tuesday the former Lt. Governor appeared at the grand opening of the Maui Hanabusa for Governor Headquarters and blithely announced he was joining her leadership team saying, “Without leadership and a willingness to collaborate from the governor’s office, … we will continue to struggle with the same problems we have faced for decades. Colleen has the skills and ability to manage the executive branch.” 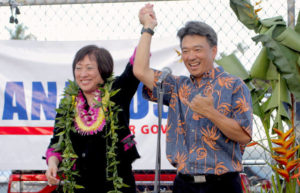 Very true Governor but many will not be voting for you because of your tragic failure of leadership on Hawaii’s homeless situation. Remember that? Over two years ago, you officially declared Hawaii’s homeless situation, #1 per capita in the nation, to be a “crisis.” As CivilBeat put it, “Each night, more people than live on Molokai go to sleep homeless on the streets, sidewalks and beaches of the Aloha State.” The many homeless advocates and social workers in the field I know can’t wait to see Scott Morishige, your “State Coordinator On Homelessness” gone and hopefully replaced by someone who can make things happen, especially during this shameful, festering housing crisis. Endless meetings, reports and photo opps will not solve Hawaii’s housing crisis.

Hawaii Electorate Becoming Fed Up With Politicians In General?
February and March were particularly unsettling re Hawaii politics with a series of events including several “scathing” State Audits detailing grievous mismanagement and a serious lack of oversight of contracts at the State Office of Hawaiian Affairs and the Hawaii State Tourism Authority. Also, important business at the Honolulu City Council had ground to a screeching halt (think “train tracks”) last week as the contentious relationship between several Council Members and Mayor Kirk Caldwell boiled over and finally produced the predicted change of Council Chairs. We’ll let you know what that looks like after everyone figures out how this latest power shuffle will play out committee-wise. About all we know for certain is there is no love loss between the new (and former) Council Chair Ernie Martin and Mayor Caldwell. As the respected Star-Advertiser political Editor Richard Borreca once put it, “Welcome to the city and state departments of ‘I’m going to scream and pull out all of my hair’”

Mayor Caldwell has publicly endorsed Governor Ige and his poll numbers are equally as bad. The Mayor of Honolulu is considered the third most powerful official in state, behind the Governor and Lieutenant Governor. Mayor Caldwell is in the 2nd year of his last four-year term. Don’t worry too much about what he might do after leaving office. Caldwell’s a very wealthy man married to an even wealthier woman. His wife, banking executive Donna Tanoue, was chairwoman of the Federal Deposit Insurance Corporation under Bill Clinton from 1998 to 2001.

UPDATE: Since our article was published, CivilBeat has published the following story. See their Web site for this latest turn of events:

Hawaii’s Top Lawmakers Unite Against Gov. Ige’s Re-Election
The leaders of the Hawaii House and Senate and the chairs of the money committees say Gov. David Ige is just not up to the job.
By Chad Blair