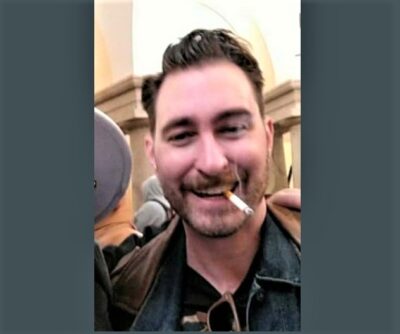 The founder of the Hawaii Proud Boys and a supporter of President Donald Trump, Nicholas Ochs, was arrested in Hawaii on Thursday, January 7, 2021 for participation in the storming of the US Capitol that took place on January 6.

He was charged with by the US Attorney’s Office in Washington, DC, for trespassing into a restricted building.

It was Ochs’ own boasting on social media about his involvement in the violent riot that led to his arrest.

He will appear before a federal judge in Hawaii on Monday, January 11, 2021. According to court documents, the government will not seek to keep him detained.

Ochs ran under the Republican party for a seat in the Hawaii House representing Waikiki in 2020. He lost to Democrat Adrian Tam. During the campaign, Tam said, Ochs “operated mostly online and mostly at large rallies with his own supporters. He didn’t engage with any of our community members. He never showed up to a single neighborhood board meeting. He’s all talk and no action.”

Proud Boys are white supremacists and conservative provocateurs which the Republican party was fine with in giving him the party’s endorsement.