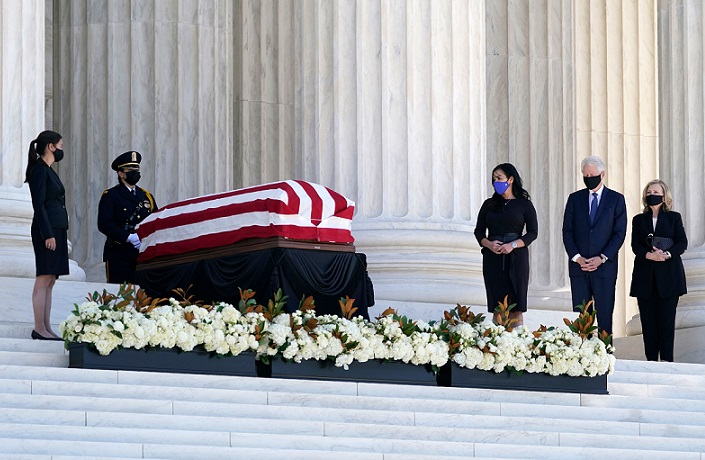 Mayor Kirk Caldwell has ordered Honolulu Hale to be lit in the color white from Wednesday, September 23, to Friday, September 25, in honor of Ruth Bader Ginsburg as she lay in repose at the U.S. Supreme Court Building and the U.S. Capitol Building.

White represents light, openness, fairness, hope, and Justice Ginsburg represented all of these in abundance.

“Ruth Bader Ginsburg forever changed the United States of America for the better. She did this by fighting for equality for all and by standing up for the rights of both women and men,” said Mayor Caldwell.

“For decades, she was well known in the legal community, but in her later years became a cultural icon. I can think of no one more deserving of our respect and our admiration for her decades of work for our country and community.”