Building to be Illuminated in colors of Nagaoka City 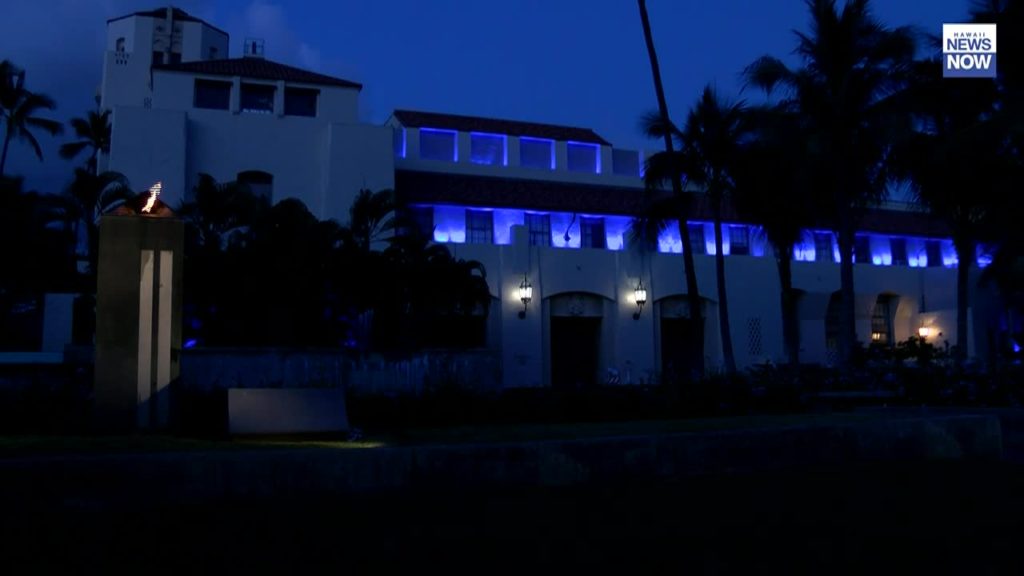 Honolulu Mayor Kirk Caldwell has requested that Honolulu Hale be illuminated in the colors of Nagaoka City – orange and blue – on the evenings of Saturday, August 1, and Sunday, August 2, to mark the 75th Anniversary of the air raid on Nagaoka City, Japan. On the evening of August 1 and 2, 1945, 125 American bombers dropped 925 tons of incendiary bombs on Nagaoka City, resulting in destruction of the city and the loss of 1,486 lives. Following the war, instead of harboring ill-will, the people of Nagaoka began a tribute to the lost lives with an annual fireworks festival on the anniversary of the bombing. The fireworks festival has become world-renowned and now attracts one million visitors annually.

In 2012, Nagaoka City and the City and County of Honolulu concluded a Sister City relationship agreement, pledging to promote cultural, educational, and economic ties. As part of this relationship, the City of Nagaoka each March brings its famous Nagaoka Fireworks to the Honolulu Festival. This year because of the coronavirus pandemic, the Festival was canceled but the City looks forward to resuming this event in 2021. Nagaoka City also contributed its fireworks for the U.S. Conference of Mayors when Honolulu hosted the event in June 2019, launching them in Pearl Harbor during a gala reception aboard the USS Missouri.

“The City and County of Honolulu and Nagaoka City are bound by the ‘bookends’ of the Pacific War—Pearl Harbor was attacked by Imperial Japanese forces in December, 1941 led by Admiral Isoroku Yamamoto who was born and raised in Nagaoka City; Nagaoka City was bombed by American war planes at the waning stages of WWII. Now the U.S. and Japan are close allies,” said Mayor Caldwell. “The people of Nagaoka and Honolulu have established a strong Sister City relationship. We are both committed to remembering the shared histories that bind us and pay respect and homage to those who lost lives during that tragic war. Through annual visits and youth symposia, our people have committed themselves to passing the lessons of history to future generations and dedicating ourselves to a peaceful and prosperous future. On behalf of the people of the City and County of Honolulu, I offer my heartfelt condolences to the civilians who lost their lives 75 years ago in Nagaoka City, and extend my hand of friendship to continue on this path of friendship and cooperation between our two cities and Japan and the United States.”