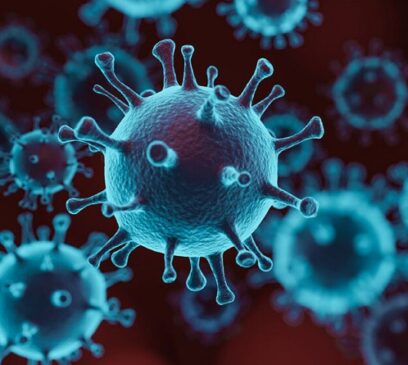 The Hawai‘i Department of Health’s State Laboratories Division (SLD) confirmed the presence of a new COVID variant in Hawaii. The P.2 variant, which contains the E484K mutation, was identified through surveillance testing conducted on Oahu.

It is unclear whether this variant is more resistant to vaccines and antibodies gained through previous COVID infection.

“New case counts are down from a month ago, but these variants remind us to remain vigilant,” said State Health Director Dr. Elizabeth Char. “The more the virus is able to infect people, the more opportunity it has to mutate, so it behooves us to prevent infections. We all know that is done by wearing masks, maintaining physical distance, avoiding large gatherings, and getting vaccinated when it is our turn.”

The P.2 variant has thus far been detected in one individual who lives on Oahu. “That individual recently traveled to the U.S. mainland,” said Acting State Epidemiologist Dr. Sarah Kemble. “That person is in isolation and known close contacts are in quarantine.”

Another variant of concern is associated with an increase of COVID cases on Maui. The B.1.429 variant, previously called L452R, was first detected in Hawai‘i almost four weeks ago. On February 2, 2021, the Department of Health (DOH) announced seven known cases on Oahu, one case on Kauai, and one case on Maui.

The B.1.429 variant was first detected in California in December. It has become the dominant strain in California and is found in more than 40 other states. The B.1.429 variant may be more transmissible than other COVID strains but there is still much to learn about this variant, and it is still considered “under investigation” by the U.S. Centers for Disease Control and Prevention (CDC). It is not clear how effective current vaccines are against B.1.429.

Also, three additional cases of the B.1.1.7 variant are confirmed on Oahu. This brings the total number of B.1.1.7 cases in Hawai‘i to six. All six are on Oahu and are household contacts.

“The P.2, B.1.429, and B.1.1.7 variants were discovered as part of proactive statewide surveillance conducted by the DOH in collaboration with private hospitals and independent clinical laboratories,” said State Laboratories Division Director Dr. Edward Desmond. Hawaii currently leads the nation in the percentage of specimens which are sequenced and sent to the international GISAID (global initiative on sharing all influenza data) database.

Discovery of variants by DOH helps in that patients identified with variant strains can be the focus of the most rigorous contact tracing efforts.