Oil Spill in Hawaii: This is Just a Test! 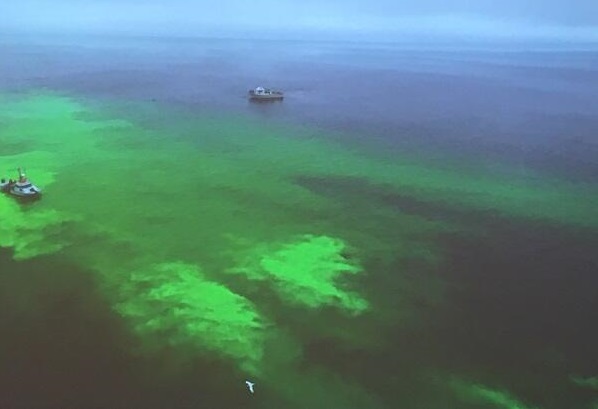 An annual exercise and training for oil spill response is scheduled on Wednesday, July 1, at Kalaeloa Barbers Point. A major part of the activities will include the use of a green-fluorescent tracer dye in the water to simulate an offshore oil spill in Hawaii through the release and spraying of water to mimic a dispersant agent. The four-day training is being conducted by the Hawai‘i State Department of Health’s Office of Hazard Evaluation and Emergency Response (HEER) in partnership with the U.S. Coast Guard (USCG); representatives of Hawaiian Electric Co.; National Oceanic and Atmospheric Administration; Marine Spill Response Corp.; and PENCO to practice the state’s preparedness and response to an oil spill incident.

“The exercise and training will allow the state to assess the current response program and advance preparedness in the event of a worst-case discharge scenario,” said Keith Kawaoka, deputy director of environmental health. “These activities facilitate collaboration with federal and private response agencies as well as the industry, providing an invaluable learning experience before an environmental disaster.”

In the event of a large marine oil spill in Hawaii, the state-owned Airborne Dispersant Delivery System (ADDS) may be used to augment the state’s oil spill response capability, in addition to mechanical and other types of recovery efforts. This annual ADDS exercise is a series of trainings for the state and the USCG in the assembly and operation of the ADDS. In addition, the state will also be deploying offshore monitoring equipment to practice open-ocean data acquisition in real time.

The DOH Hazard Evaluation and Emergency Response (HEER) Office is responsible for responding to releases, threats of releases, or discoveries of hazardous substances, including oil, that present a substantial endangerment to public health and the environment of Hawai‘i. The HEER Office manages both emergency response and longer-term non-emergency site clean-up of hazardous materials.