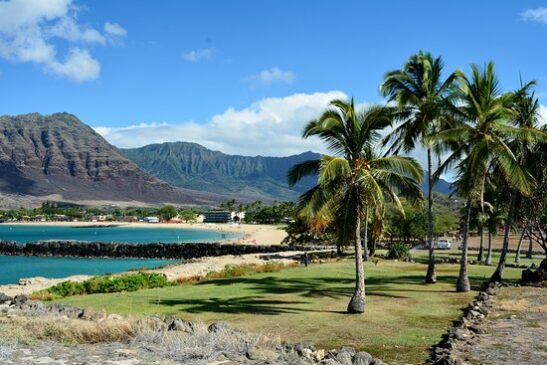 The general improvements to these three public parking lots include: complete resurfacing (including removal of existing pavement and construction of new asphalt), new curbs, stall lining, installing/repairing speed bumps, and other site-specific improvements.

At Kea‘au Beach Park, the Honolulu Department of Parks and Recreation (DPR) will be conducting additional park maintenance prior to the repaving effort, including: tree trimming, plumbing and irrigation repairs. This work, combined with the repaving project, will result in the complete closure of the park beginning Monday, Sept. 27.  Because the campground at this park is a 5-day campground, permitted camping will be suspended at Kea‘au beginning Friday, Sept. 24. The park is scheduled to reopen once the work is completed, by the end of November. While the public may traverse a City park during closure, particularly to access the ocean, they may not remain in the park nor enter restricted construction zones during that time.

Both Pōka‘ī Bay Beach Park and Waimānalo District Park will remain open to the public during their repaving efforts, which are scheduled to begin on Monday, Sept. 20. The parking lots will need to be closed during the project, with the closures scheduled in phases to minimize public impact. The tentative work schedule and resulting closures for all three parks are as follows (subject to change due to weather or other unforeseen conditions):

*Public may traverse the park to access shoreline, but may not remain in the park. For a more detailed work schedule, please click here.

The entire rehabilitation project is scheduled to be completed by December 2021.

The nearly $965,000 contract for these three projects was awarded to Peterson Bros. Construction, Inc.