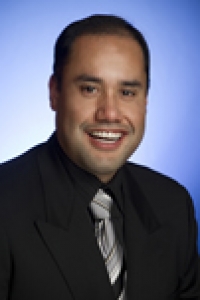 A Hawaii state senator recently supported a bill to take more than $40 million away from the Hawaii Tourism Authority, a state agency that had denied the private company where he works an estimated $3.5 million worth of contracts over the last year.

Senate Ways and Means Committee Chairman Sen. Donovan Dela Cruz (D-Wahiawa) is a vice president for communications and minority owner at DTL Hawaii, an offshoot of WCIT Architecture, which counts HTA among its many government clients.

Conflicts of interest allegations surfaced in March after Dela Cruz voted for Senate Bill 2224, which would cut HTA’s $108.5 million share of transient accommodations taxes by about 40 percent. That bill wasn’t scheduled for a hearing by the House Finance Committee, but at 10 a.m. Tuesday, Dela Cruz’s committee is slated to hear House Bill 2010, which the Senate Committee on Economic Development, Tourism and Technology gutted and replaced with the contents of SB 2224. The new language would cut HTA’s convention center fund to $6 million and HTA’s tourism fund to $60.3 million, roughly the amount the agency currently spends on marketing. It also appropriates $1 million to establish a Center for Hawaiian Music and Dance, a project that has ties to Dela Cruz’s outside work at WCIT and DTL.

The measure, and several others like it, have attracted support this session from lawmakers who question whether the rising number of visitors are returning enough to the state to offset the negative impacts that tourism can bring.

Last year, 9.4 million visitors spent $16.8 billion, both records. Tourism was the single largest source of private capital for the state’s economy in 2017, responsible for 204,000 jobs and $2 billion in taxes.

The Ways and Means Committee has a role to play in settling the tourism authority funding debate, but Dela Cruz’s ties to WCIT and DTL could muddle the issues. Dela Cruz was working at WCIT, when the company and its subcontractor DTL, were awarded a roughly $850,000 contract in July 2014 for consulting work on the Center for Hawaiian Music and Dance.

The companies haven’t been as successful with procurement under current HTA President and CEO George Szigeti and HTA Board Chairman Rick Fried. According to contracts obtained by the Star-Advertiser, DTL served as a subcontractor on an $80,000 contract secured by nonprofit Hawaii Maoli for the King Kamehameha Day celebration in May 2017.

However, from October 2016 to November 2017, DTL failed to obtain four contracts worth an estimated $3.5 million.

Dela Cruz voted for SB 2224 because he felt it was warranted.

The state Ethics Commission fined HTA executives in December for taking travel upgrades, and there was a finding last month by the Office of the State Auditor that the agency suffers from “lax oversight” and “deficient internal controls.”

Two proposals DTL made to HTA in 2016, one for public relations, communications and outreach services, and another to handle the 2017 Tourism Conference, included Dela Cruz’s resume, which lists him as a member of the Hawaii state Senate and details his various political committees.

Dela Cruz said he wasn’t serving as Ways and Means chairman when DTL applied for the contracts and his role would have “depended on what kind of help DTL needed at the time.”

Fried said he understands the need for Hawaii legislators to have outside work, but said “they need to stay out of rule-making or issues that would affect state agencies and their businesses.”

The power that Dela Cruz holds over HTA was evident during the Way and Means Committee’s opening hearing on Jan. 10 when he questioned HTA’s decision to spend $180,000 on a public information campaign.

When Charlene Chan, HTA director of communications, told Dela Cruz that the program was mandated by law, Dela Cruz said, “Maybe we can change the statute.”

During another point in the hearing, Dela Cruz also ordered HTA to provide lawmakers with “policies and procedures in regards to how you procure contracts.”

A complaint was filed with the state Ethics Commission against Dela Cruz on Jan. 4 after the Star-Advertiser reported that the state Department of Land and Natural Resources had awarded DTL a $99,885 contract for public relations services related to the redevelopment of the state-owned Ala Wai Small Boat Harbor.

Fevella said Dela Cruz should abstain from deciding HTA budget cuts. “It’s just not right, and it doesn’t make any sense. Why cut tourism funding when that’s what’s making money for the state?” he said.

Dela Cruz claimed he  hasn’t been contacted about the complaint.