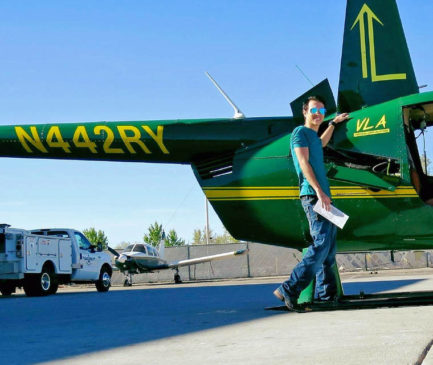 Joseph Berridge, the pilot of the tour helicopter that crashed on the island of Oahu yesterday, killing everyone onboard, had just arrived in Hawaii from Albuquerque, New Mexico, just 2 weeks prior to taking on his new job.

The pilot’s father, Bobby Berridge, said it was his 28-year-old son’s dream to fly tour helicopters for a few year in Hawaii. He said his son loved to fly and had his pilot’s license as well as an instructor’s license.

His son’s girlfriend and dog had planned on joining him soon.

The helicopter was owned by Novictor Helicopters.

The  National Transportation Safety Board is investigating at the crash site today.