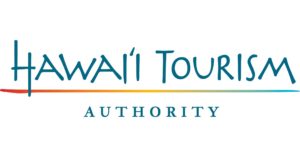 HONOLULU – The latest state audit of the Hawai`i Tourism Authority (HTA) was released on February 27, 2018, and was followed on February 18th by a “combative” two-and-a half-hour joint House & Senate Informational Briefing on tourism. The latest audit was in many ways, worthy of the old Yogi Berra adage, “It’s déjà vu all over again” – simply because many of the Audit’s conclusions are the same conclusions reached in every pervious audit by previous auditors dating back to at least 2002. All are available on line at the Office of the Auditor, State of Hawai`i

It’s not fair to condemn every single member of the current HTA Board and staff for the many past management failures because some people are relatively new to the organization. One would hope most board members are well-intentioned and volunteering to serve for the right reasons and they must be embarrassed by the entire situation. However, with this latest audit, that excuse is off the table and they must all begin to stand up and be counted. All concerned might begin by looking into the following 2018 audit conclusions:

– “We found that HTA’s semiautonomy and its exemption from the State Procurement Code has led the Authority to be less accountable and less prepared, with operations that lack the rigor necessary to adequately manage and oversee its contracts, to ensure that procurement is conducted fairly, appropriately, and in the State’s best interest, and to address the statutory reduction of the limit on administrative expenses,” and

– “The Authority’s staffing has evolved over the years, we found that its policies and procedures have become outdated, no longer reflecting the reality of its current organizational structure.”

Up until now, criticism of HTA’s mismanagement of it’s $120+- million annual budget has been mostly below the radar at the legislature and elsewhere for fear of upsetting the status quo and the many powerful players who benefit. One understandable reason for the silence is the fear of retribution which can and does take place in Hawaii’s small, closed and often nepotistic power structure.

Reform minded Senator Glenn Wakai who chairs the Senate Committee on Economic Development, Tourism, and Technology has sponsored several Senate bills and is also supporting companion House bills to begin to change this status quo situation and at least two bills are now moving at the legislature:

House Bill 2010 “RELATING TO TOURISM.” and House Bill 2605 “RELATING TO TRANSIENT ACCOMMODATIONS” will be heard on Wednesday, March 21, 2018. If you’re a Hawai`i resident and want to help see some serious changes begin at HTA, take a look at those two bills and send in your supportive testimony which is easily done at the Hawaii.gov Web site. Click on “Legislature” and follow the simple directions to testify on line or via email.

WHAT’S NEXT?
We’ve just learned that several respected Hawai`i professionals with long careers in international tourism have been discussing the situation and are well into planning a public forum to present their specific recommendations to help further the needed HTA changes. We’ll keep you updated as this evolves.