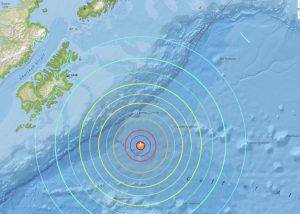 If you are currently visiting a coastal area in Alaska, US Canadian West Coast, and Hawaii: You are under a Tsunami warning or tsunami alert!

Tourists: Stay away from the beaches. Tsunamis can travel hundreds of miles per hour, so you can’t escape if you’re close enough to see one.

At 1232 AM Alaska Standard Time on January 23, an earthquake with preliminary magnitude 8.2 occurred. A tsunami warning will remain in effect until further notice.

Shortly thereafter in British Columbia, Canada, the National Tsunami Warning Center has issued a tsunami warning for coastal B.C. The warning affects coastal areas of British Columbia from Attu, Alaska to the Washington State coastline. The tsunami watch includes now San Francisco Bay, and all of US and Canadian West Coast and Hawaii 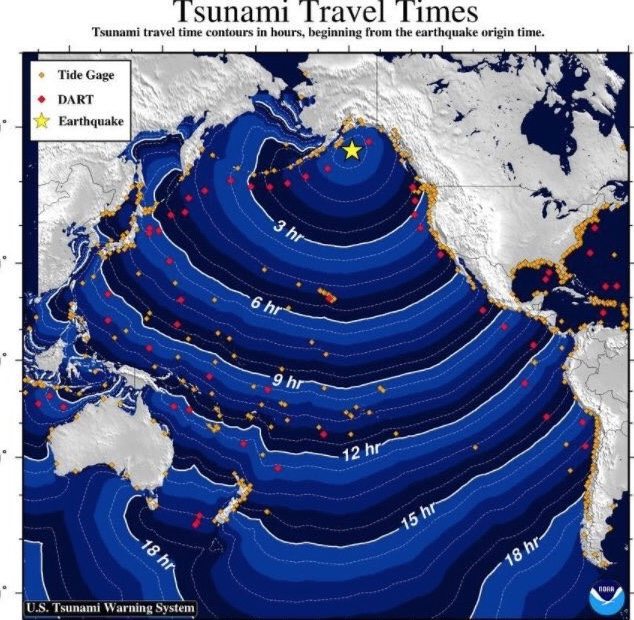 Tsunami sirens went off in Kodiak, Alaska at 1 am after the earthquake. Kodiak is one of seven communities and the main city on Kodiak Island, Kodiak Island Borough, in the U.S. state of Alaska.

The possibility of a widespread tsunami is made for the entire U.S. Coast from Alaska to California and for British Columbia.

A  likely and severe threat is for the mid-Pacific region including Hawaii. Coastal areas in the Aloha State including Waikiki could be under threat. It’s 12.40 after midnight in Hawaii. Tourists are not yet aware of this situation. No alarm was triggered by the Hawaii Emergency Management Agency. The same agency is currently under attack after it issued a false ballistic attack alert earlier this month.

Waves could be expected in Hawaii at 4.23 am local time.

The earthquake happened in a depth of 19km or 12 miles in the Gulf of Alaska. No damages are known to this remote area. The threat appears to be the possibility of widespread tsunamis.