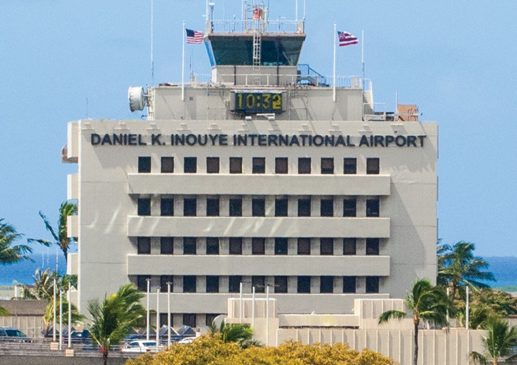 Over 660 Hawaii airport workers will be permanently laid off on October 15, the same day that the state is reopening tourism. They work for HMSHost, an airport subcontractor that manages concessions, restaurants, Starbucks, bars, pantry, maintenance, etc. at Honolulu International Airport, Kahului Airport, and Lihue Airport.

The State of Hawaii is allowing this subcontractor to permanently lay off nearly 85% of its workforce in Hawaii. There are approximately 780 HMSHost employees who work at these three airports. UNITE HERE Local 5 represents these workers and approximates that the company will be permanently laying off 470 out of 550 workers in Honolulu, 140 out of 170 workers in Kahului, and 52 out of 60 workers in Lihue.

According to the latest WARN notices issued by HMSHost on August 12, the company was planning on permanently laying off 505 workers in Honolulu, 161 workers in Kahului, and 57 workers in Lihue.

UNITE HERE Local 5 condemns the layoffs and calls out the State and hospitality industry leaders for claiming they want to reopen tourism to bring jobs back, yet allowing for mass permanent layoffs at the state airports to happen.

In August, UNITE HERE released a nationwide report on the handouts that HMSHost received since the onset of COVID-19. HMSHost was on track to receive $475 million in aid in the form of rent relief and other handouts. Despite the massive aid that local governments have provided to HMSHost, the company is still moving forward with mass permanent layoffs.

“In the 22 years that I have worked for HMSHost, I have never felt so disregarded as a human being. After putting almost all of my adult life into this company, they are laying us off even though it doesn’t cost them anything to keep us on and call us back in as business increases,” says Jeanine Ng, a server at The Local in Honolulu Airport.

“In the middle of a pandemic when we need health insurance most, HMSHost cut off our medical coverage in June. I’ve had to pay out of pocket for my medication that I need to live. And now as tourism is supposed to be reopening, they are permanently laying us off and throwing us into more uncertainty for no good reason,” says Laurie Ann Javierto, who has worked as a cashier at the Old Plantation in Kahului Airport for 33 years.

Local 5 will continue to take action to help furloughed workers and push the state and industry leaders to get it right the first time and reopen tourism so that workers get back to work safely.