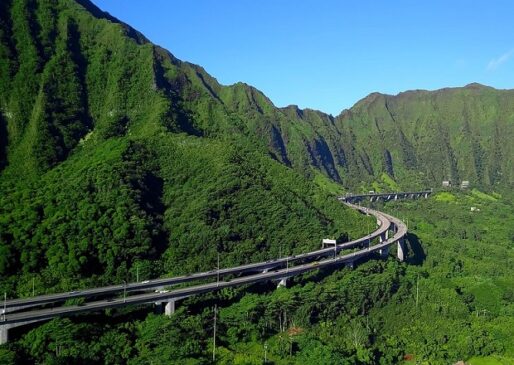 Hawaii ranks 47th in the nation in overall cost-effectiveness and condition, according to the Annual Highway Report published today by Reason Foundation. Hawaii dropped five spots—from 42nd in the previous edition to 47th overall in the Annual Highway Report, which ranks every state’s highway system in 13 categories. Hawaii ranks in the bottom 10 of all states in seven categories.

Hawaii ranks behind other comparable states, like New Hampshire (ranks 19th) but ahead of others such as Alaska (ranks 48th).

“To improve in the report’s overall rankings, Hawaii needs to have its high spending translate into better pavement quality as well as a lower rural fatality rate and urban fatality rate. For example, while the state ranks in the bottom 15 for three of the four disbursement rankings, it also ranks in the bottom 10 for all three pavement quality rankings and for rural and urban fatality rates,” said Baruch Feigenbaum, lead author of the Annual Highway Report and senior managing director of transportation policy at Reason Foundation. “The state needs to find a way to make its system more efficient.”

Reason Foundation’s Annual Highway Report measures the condition and cost-effectiveness of state-controlled highways in 13 categories, including pavement and bridge conditions, traffic fatalities, and spending per mile. The report’s data is primarily from 2019, but the traffic congestion data is from 2020 and reflects some of the drop in volume due to the COVID-19 pandemic.