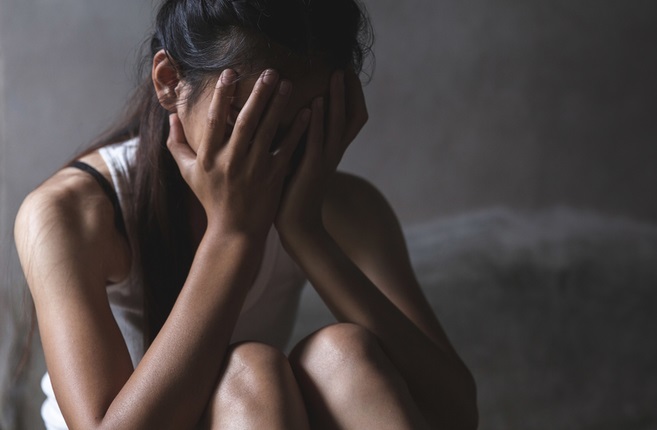 BLI is an element of the DHS Blue Campaign led by the U.S. DOT and U.S. Customs and Border Protection (CBP), a DHS agency. BLI trains personnel to combat human trafficking within the aviation industry.

HDOT is the first State Department of Transportation in the country to become a formal BLI partner.

“DHS is proud to partner with the Department of Transportation for the State of Hawaii to continue the fight to end human trafficking. Through this partnership, the Blue Lightning Initiative will add Hawaii’s five major airports to a growing community of more than 47 partners working in tandem to recognize and report human trafficking across our nation’s transportation system. In addition to the training we will offer for airport personnel, this partnership will establish the DHS Tip Line as the State of Hawaii’s primary reporting tool, connecting Hawaii into a national network of dedicated investigators and expanding the sharing of critical tips across the country,” said Trent Frazier, Executive Director of the DHS Office of Campaigns and Academic Engagement.

“The State of Hawaii and the HDOT Airports Division fully support the anti-human trafficking goals of the BLI,” said Governor David Ige. “This agreement affirms and recognizes our goal to completely eradicate all forms of human trafficking. We will do everything in our power to work with the federal government in ending these heinous crimes.”

“The practice of human trafficking is a scourge to humanity and it must end. HDOT is anxious to empower our employees and partners within the aviation industry with the knowledge to recognize and report suspected instances of human trafficking,” said Director Jade Butay, Hawaii Department of Transportation. “This BLI partnership is an impressive step forward, one that highlights the dedication of this community in taking a stand to end human trafficking.”

“With high unemployment and changing conditions around the world impacted by COVID-19, people may find themselves forced or inadvertently lured to the false promises of traffickers,” said Deputy Director Lynn Araki-Regan, Hawaii Department of Transportation. “Our message is that human trafficking will not be tolerated. We cannot allow our transportation system to be an enabler in such atrocious acts.”

HDOT will also be partnering with the Hawaii Department of the Attorney General (AG) on a broader statewide anti-trafficking initiative that includes trainings for HDOT personnel and awareness campaigns throughout Hawaii. Homeland Security Investigations (HSI), a critical investigative arm of DHS leads local anti-trafficking efforts and will support the HDOT state-wide campaign.

“HSI is proud to partner with the Hawaii Department of Transportation in our Blue Lightning initiative,” said Lucy Cabral-DeArmas, acting Special Agent in Charge for Homeland Security Investigations (HSI) Honolulu. “Airport employees play a critical role in combating human trafficking in Hawaii by identifying possible victims and reporting these suspicions to law enforcement. We look forward to continuing this important relationship and furthering our collective efforts to eradicate this heinous crime – in all its forms – in the state of Hawaii.”

“Combating human trafficking is a priority for my Department,” said Attorney General Clare E. Connors. “Protecting the most vulnerable in our community from exploitation will take a coordinated, multidisciplinary effort between our partners in law enforcement, government agencies, non-governmental organizations and the private sector. We look forward to partnering with HDOT on this Blue Lightning Initiative in furtherance of Hawaii’s statewide anti-trafficking strategy.”

All modes of transportation can be unwitting conduits for human trafficking; thus, with proper awareness and training, employees in the transportation industry can be key assets in identifying and reporting suspicious behavior. When such suspicions are triggered, employees have been instructed to follow the BLI reporting protocol and expeditiously report tips to the DHS Tip Line number at (866) 347-2423. To report child trafficking, call the State of Hawaii Department of Human Services Child Trafficking (Child Welfare Services) Hotline at (808) 832-1999 (Oahu) or 1-888-398-1188 (Neighbor Islands). As always, in the event of an immediate emergency, call 911.

For airports, airlines and aviation industry organizations looking to learn more about partnering with BLI to train their employees on human trafficking and reporting options, email bluecampaign@hq.dhs.gov or trafficking@dot.gov for more information.