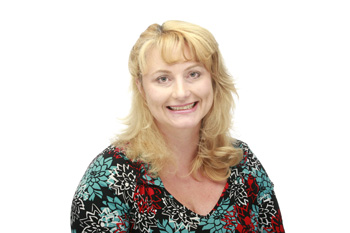 Schaefers has covered Hawaii tourism for more than a decade and was a staff writer for the Florida Times-Union in Jacksonville, Florida and has written for the New York Times, the International Herald Tribune, Bloomberg and the Wall Street Journal. Schaefers grew up in the newsroom of her family-owned “small town newspaper” where she learned the news business A-Z and is one of the Star-Advertiser’s best investigative journalist who often focuses on Hawaii tourism.

She has been honored three times by the Society of American Business Editors and Writers (SABEW). Her explanatory package on the impact of Waikiki homelessness on tourism was named among the best works in business among American journalists, as was her feature about the iconic Coco Palms. Schaefers has won more than 20 state journalism awards for writing, editing and photography.

An honors graduate of the Henry W. Grady School of Journalism at the University of Georgia, Schaefers has earned professional and academic scholarships. She reported on Japan’s recovery after the Great Earthquake and tsunami as part of the Foreign Press Center Japan Fellowship. She reported from China after being selected as a prestigious Jefferson Fellow at the University of Hawaii’s East West Center. She also studied journalism in Italy and England, where she completed a project on journalism ethics.

Schaefer’s invitation to speak to the HTWA came about after Tom Mathews had noticed her many “above the fold” headline Star-Advertiser stories about Hawaii tourism. Tom phoned her and she began to “drill down” on the latest data (2017) produced by the Hawaii Tourism Authority to present a coherent analysis of the “big picture” of where and why Hawaii’s current visitors spend their money while in the islands.

Schaefers presented and excellent PowerPoint presentation and HTWA will be further analyzing the document and will report later on our findings. NOTE: The data was from 2017 was before the recent Kauai floods and the Kilauea Volcano eruption and we may already be seeing some dramatic changes in the current visitor count and spending habits.

Schaefers later said:
“Some of my slides go from 2017 to 2012 or vice versa depending on how I input the data. Bottom line, spending in general has been dropping when adjusted for inflation since 1989. If 2017 ends up as good as they thought, it will finally just surpass the 1989 peak. Overall, per person per day shopping dollars over the last five years have dropped; however, souvenir spending is mostly flat as is food shopping items (probably coffee and Hawaiian salt and cookies as opposed to meals). The raw data that I worked with was HTA’s per person per day spending for all markets for the past five years. I also asked for a separate break down by island and by accommodations.”

All of Schaefers’ slides were very informative but the following slide narrations may be of particular interest to Hawaii business:

Slide #7 “Visitors spent about 14 percent of their daily budget on retail. Most of the money, nearly 40 percent went to apparel, followed by 16 percent for souvenirs, which fared slightly better than Hawaii food products, which came in at 15 percent and leather goods at 14 and jewelry at 12 and cosmetics at 5 percent.”

Slide #14: “Visitors on Oahu spent the most per day on souvenirs, $7.3 while visitors to Molokai spent the least $1.7. This is probably due to the mix of visitors. Oahu tends to get a larger share of first time and international visitors and Molokai tends to get more adventuresome nature travelers. Hawaii island came in second for souvenir spending at $4.9 per day this is probably due to the influx of Japanese since Hawaiian and JAL added direct flights from Tokyo.”

Slide #15: “Hotel guests by far spent the most on souvenirs averaging $7 per day — that’s about 57 percent higher than what visitors at alternative accommodations spent. This might be because alternative lodging visitors tend to book in the online markets, which to many has come to symbolize a place to bargain. My young entrepreneurial neighbor, who mostly markets her eye lash extension business via instagram and facebook, was telling me that a greater percentage of her clients try to bargain her rates than when she advertised via traditional channels. Alternative accommodation travelers also are known to seek more adventurous, more authentic experiences. They probably are more likely to spend money on making memories not on getting stuff. Of course, it also might be because there are fewer nearby retailers to capture their attention. Also, less of these visitors tend to be first time travelers to Hawaii. They’ve probably already bought the tiki mug and the beach towel. With experiential travelers it’s more about capturing the moment — these are your travelers who are probably more likely to want to buy the lavender lotion after touring the Lavender farm in Kula or buy Hawaiian sea salt seasoning after a cooking class.

Slide #19: “Souvenirs are a relatively low, but fixed portion of average daily visitor spending. If you look at this chart, which begins with 2017 and moves down to 2012, average daily spending tended to mirror major travel costs like lodging, food and transportation. Regardless of these patterns, souvenir costs remained relatively flat. I’ve not really sure why that is but it could be that souvenirs are more of a discretionary item so as other more necessary costs rise travelers tend to allocate a budget and pick up items that fit into that budget even if it means buying fewer items or lower cost items.”

Slide #20: “Souvenirs aren’t a big part of the overall spending ticket for any market. But it’s notable that you folks haven’t cornered the high-spending markets. That makes me think that souvenir purchases probably have more to do with first time markets and cultural expectations than they do with how much money a traveler can spend.”

Slide #21: “While Souvenirs tended to be fixed buys during the past five years, shopping and other spending took a bigger hit as lodging, food, transportation and activities increased.”

Slide # 22: “Over the last five years though 2017, sales of fashion, jewelry/watches ad leather goods experienced some drops. Souvenirs, food and cosmetic purchases held more constant. I’m not really sure why this was a trend but it could fit into the overall struggle between brick and mortar and online retail. You can go back home and buy almost anything for yourself from around the world on Amazon or if you want homemade Etsy.com Maybe it’s the rising costs of everything else. So while you tend to get the crumbs when it comes to overall spending, when it comes to shopping you seem to be holding your own.”

After her presentation, Schaefers was generous with her time for Q&A and was very candid in the discussion about the Hawaii Tourism Authority (HTA).

Schaefers also noted that Hawaii has not been maintaining important facilities as basic as public restrooms, understandable airport signage and dangerous hiking trails or renewing or helping to establish new attractions that would enhance the overall visitor experience. Word-of-mouth via the social networks is a two-edged sword and can either work for or against us. Today’s world travelers have many options and unless Hawaii literally cleans up its act, we could soon lose the “golden goose” brand of Hawaii as we’ve known it to be in the past.

The general feeling after the Q&A seemed to be that the HTWA needs to become more involved with the HTA’s future marketing plans and their monthly data reporting in order for our members to better anticipate how to tailer our product lines to what will no doubt be for a much different visitor mix with different spending habits given many of the changing trends as outlined by Schaefers’ research. Some who are “in the know” are saying that the current HTA marketing plan is “beyond obsolete” and must be carefully examined before any new contracts are let. See: