CBS announces Hawaii’s favorite TV series MagnumP.I. is being picked up for 2019 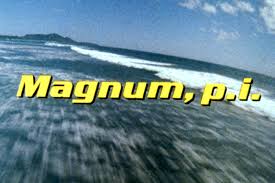 The long-running TV series Magnum P.I. began in 1980 starring Tom Selleck as Thomas Magnum, a private investigator (P.I.) living on Oahu, Hawaii. The series ran from 1980 to 1988 during its first-run broadcast on the American television network CBS. The series consistently ranked in the top twenty U.S. network TV programs during the first five years of its original run.

In 2017, CBS issued a pilot commitment for a reboot to be developed by Peter M. Lenkov, who rebooted other series like Hawaii Five-0 and MacGyver for the network. CBS officially ordered the pilot three months later and a remake was ordered to series on May 11, 2018.

The series will air sometime during the 2018-19 broadcast season but CBS has not announced whether it will be part of the fall lineup or a midseason replacement.

It’s been 40 years since the show first aired and the cast has changed a lot since the 80’s. Jay Hernandez will portray Tom Selleck’s “iconic” character, Thomas Magnum, “a decorated ex-Navy SEAL who, upon returning home from Afghanistan, repurposes his military skills to become a private investigator.” Selleck, who now stars in long-running CBS drama Blue Bloods, played a Vietnam War veteran in his Magnum, which aired on CBS from 1980-88.