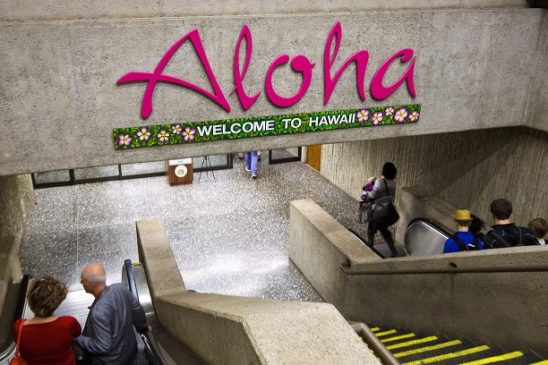 Today marks 20 weeks since the Hawaii mandatory quarantine for 14 days started for all passengers arriving from out of state. Yesterday, 2,023 people arrived in Hawaii. During this same time last year approximately 36,000 passengers arrived in Hawaii daily, including residents and visitors. This table shows the number of people who arrived by air from out of state yesterday and does not include interisland travel. This data was collected from the Hawaii Department of Transportation’s (DOT) Mandatory Travel Declaration Form.

Relocate to Hawaii = people who are moving to Hawaii

Visitor = people who are not in the above categories

The following table shows what the Oahu visitors indicated as the purpose of their trip, and they can choose more than one. 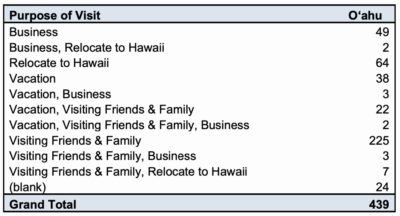