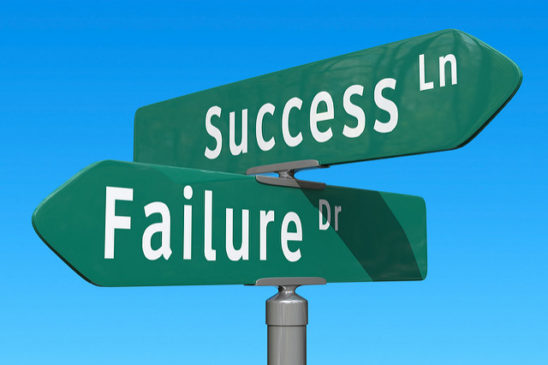 For many years, in addition to our international travel news coverage, eTurboNews has carefully followed tourism in our home state of Hawaii and has published a series of articles critical of the Hawaii Tourism Authority (HTA) which are archived HERE.

With the recent very positive HTA board and leadership changes, HTA and their small staff now need all of the professional guidance and support they can get in order to even begin to address the many challenges. The key phrase is, “Wiser strategic marketing and better tourist management.”

Hawaii is far from being alone in the debate about the benefits and negatives of tourism and how to manage what’s being called internationally, “over tourism.” Fortunately, our own work has been greatly aided by the extensive research done by several local experts in the fields of economics and tourism and they are the most responsible for bringing the many complicated tourism issues to the attention of Governor Ige and our State Legislature, numerous other elected and appointed officials and to the general public.

“Paul Brewbaker is Principal of TZ Economics; for 25 years researched the Hawai‘i economy and financial risk analytics for Bank of Hawai‘i; lectures extensively in economics; and received the Certified Business Economist designation from the National Association for Business Economics.”

“Frank Haas is former Marketing Director for the Hawai‘i Tourism Authority (HTA); formerly served as Assistant Dean of the University of Hawai‘i School of Travel Industry Management, Dean and lecturer at Kapi‘olani Community College Hospitality and Tourism program; and national chair of the American Marketing Association. He currently consults on tourism projects locally and internationally as President of Marketing Management.”

“James Mak is Professor Emeritus of Economics at the University of Hawai‘i and a Research Fellow at the University of Hawaii Economic Research Organization. He has authored two books on tourism in Hawaii and elsewhere and many published articles on the economics of travel and tourism. He is internationally regarded as a “Discoverer” in the field of tourism economics.”

The three have published a recent update to their extensive research paper:

The Economic Research Organization At The University of Hawaii (UHERO) 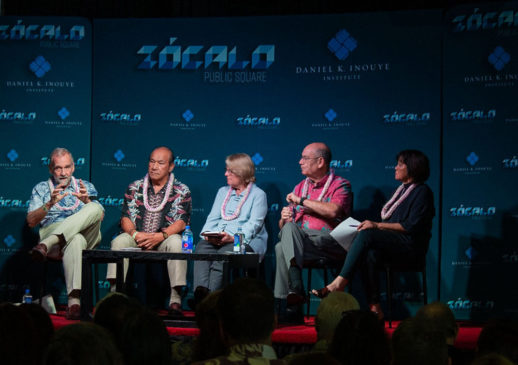 The latest public education effort took place at a February 22, 2019 event with a SRO audience of 150+. The panel included (left to right):

“John Knox, a former president of the Hawai‘i Economic Association and a public policy researcher who studies tourism;

Martha Honey, the Executive Director of the Center for Responsible Travel is Washington DC, and

The event was co-sponsored by:

Zocalo Public Square, a program of the University of Arizona;

The Economic Research Organization At The University of Hawaii (UHERO).

“Rapidly rising tourism in Hawai‘i and around the world poses new and complicated economic, environmental, and cultural challenges that in turn will require better management and well-designed restrictions on visitors, said panelists at a Zócalo/Daniel K. Inouye Institute “Pau Hana” event titled, “How Much Tourism Is Too Much?” The discussion, before a standing-room-only audience at Artistry Honolulu, explored the problem of “overtourism” in locations from Diamond Head to the Croatian city of Dubrovnik. The panelists argued for a greater emphasis on developing higher-quality tourism, rather than merely marketing to draw greater quantities of tourists.” The rest of this brief article is HERE. To view the complete 1-hour video, click HERE

“From the summit of Haleakala to the beautiful beaches, bays and trails of just about every island, have we reached the tipping point for tourism in the islands? Hawaii is forecast to see 10 million tourists this year. How do we manage this before locals start to push back like they have in cities like Barcelona and beyond? Today (02-26-2019), we broadcast hana hou highlights from that discussion moderated by HPR’s Catherine Cruz. NOTE: Listen to the Hawaii Public Radio broadcast HERE. 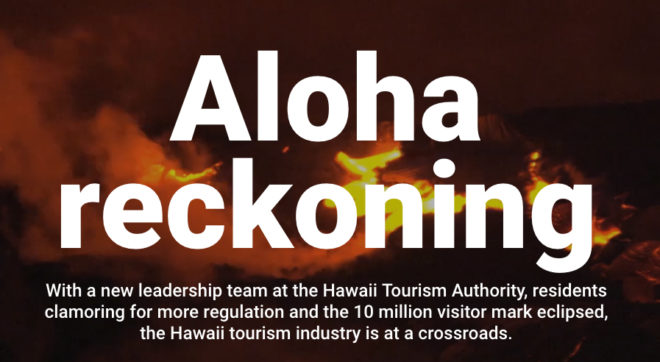 … “After a scathing state audit of the Hawaii Tourism Authority (HTA), which criticized the destination marketing organization for poor financial oversight and organization, the state legislature threatened to drastically cut the authority’s budget, sending the industry into a panic. In the end, the budget was merely trimmed, but the negative audit and the tension between the tourism authority and the legislature eventually led the HTA board to replace the entire leadership team. Meanwhile, as a new executive team settles in, the calls for a more sustainable approach to tourism, one that protects and preserves natural resources, residential communities and Hawaiian culture, have grown louder than ever.” Read more HERE