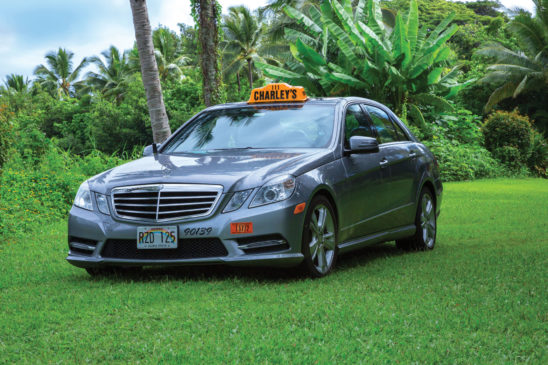 One of the most popular US travel and tourism destinations is also a destination with a dark track record of 117 people that died on its roadways in 2018. One outspoken leader in the travel and tourism industry is the CEO of Charley’s Taxi in Honolulu. She has been outspoken in traffic safety issues and invested heavily to make a difference. Her name is Dale Evans.

Tourism income is at its peak in Hawaii, but as it is true in many destinations, this wealth does not usually stay in the Aloha State.

Hawaii is known to have the worst roadways in the United States and the highest maintenance costs for road repairs. The results are accidents and flat tires, but in some cases it means death.

Last year, 43 pedestrians were killed in crashes statewide according to preliminary figures from the State Transportation Department. Of those fatalities, 27 were on Oahu. 38 people who were occupants of vehicles died statewide in 2018. In addition to the motor vehicle occupants and pedestrians, 34 people who died were on mopeds, scooters, or motorcycles. There were also two bicyclists killed. Hawaii is a state where a helmet is not required.

Some of the bicycle paths even in the trendy Kaka’ako neighborhood or Waikiki have so many potholes, that driving a bicycle is becoming a safety hazard.

Visitors going on a circle-island trip using a rental car are often confronted with large potholes even on main highways. Statistics also point out drivers training in a laid-back environment like Hawaii is often clashing with the fast pace tourists from other states or countries are driving their rental vehicles.

Gunther, visiting from Germany, just had to pay $300 for a tire on his rental vehicle. He said: “In our country, many roads seen here on Oahu would be closed.”

What is known in many states as a “green path” is a computerized system to smooth traffic flow. It guarantees a green light when driving a vehicle at speed limits. This system is not known in the Aloha State.

Pedestrian crossings in unexpected areas, like on the main highway linking the airport to Waikiki, often causes surprise moments when a pedestrian actually attempts to cross.

Enjoying the breathtaking scenery on Oahu’s North Shore often distracts drivers in their rental cars and is causing major accidents. Many visitors don’t realize how much safer and more enjoyable and often even less expensive a circle-island trip could be in an SUV operated by a taxi company and a trained local driver.

Accidents after accidents was the headline of an eTN article in October reporting about Charley’s traffic simulator that Charley’s invested in as the only company to do so in Hawaii. Besides having the best-trained drivers on Hawaii’s roadways, Dale’s concern for traffic safety doesn’t stop here.

This year, the only simulator on the island of Oahu will be open to other members of driving communities and even to tourists to test, often without cost. This is Dale’s gift to the community.

Dale has also been known as an outspoken critic against shared rides, like Uber or Lyft. A lack of training and a lack of insurance coverage puts not only passengers in harm’s way but also the public.

She told eTN: “When it comes to safety, there is no compromise, and we as the oldest taxi company on Oahu have a zero tolerance for any violation by our drivers when it comes to the security of our guests and clients.”