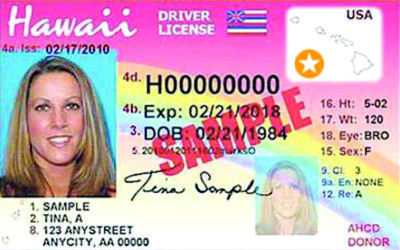 The City and County of Honolulu announced today that it has reopened its online appointment system for Oahu driver licenses and state identification card services.

All in-office transactions will be served on an appointment-only basis. Masks or face coverings are required during in-office visits.

Oahu residents with a hardship or special need outside these parameters can call (808) 768-4177 for assistance.

Since in-office visits were suspended nine weeks ago, more than 44,000 driver license and state ID appointments had to be canceled.

“For those whose driver licenses and state IDs are not yet expired, we ask for your patience as we assist those with greatest needs first,” said Sheri Kajiwara, director of the city’s Department of Customer Services. “We have added cleaning time between appointments and made physical changes to our centers to create a safe environment for both our customers and staff.”

To help lessen demand for appointments, 50,000 letters were sent to Oahu residents who qualify to renew their driver licenses or state identification cards either online or by mail. In addition, the federal government announced in April that the start date for REAL ID enforcement has been extended by 12 months to Oct. 1, 2021.

Reconstructed vehicle inspections are another in-office visit that will be served strictly on an appointment-only basis.

Procedures for written and road driving-test applications are being reviewed and will be announced at a later time.