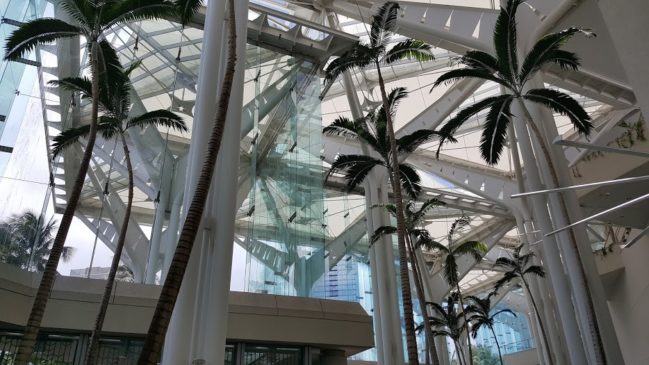 Although the HTA later faced a potentially draconian cut to their $85+ million annual budget during the 2018 state legislative session, the final cuts turned out to be relatively small. The HTA budget is funded by the state’s Transient Accommodations Tax (TAT) which applies to all rental properties in Hawaii, including hotels, condos and B&Bs. 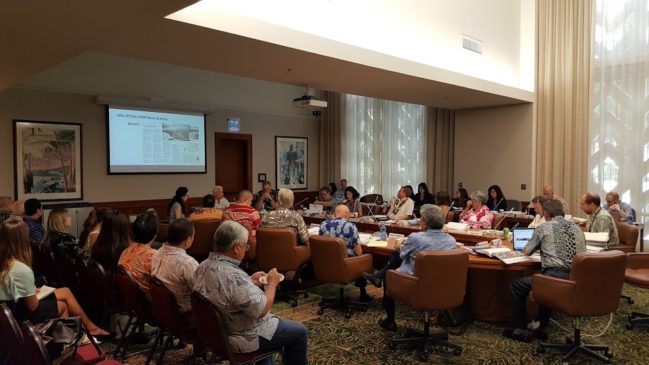 MAJOR CHANGES AT HTA
It’s been a tumultuous and disrupting five months for HTA since the State Auditor’s criticisms went public and the ramifications continue to play out. On July 1, 2018, three new HTA board members were seated, a new Chair will soon be elected and it was later reported that CEO George Szigeti was being terminated “without cause.”

During the first meeting of the new board on July 26, 2018, a formidable (3/4 inch thick) agenda and related attachments were distributed. Agenda item #5 was Szigeti’s final termination agreement effective October 31, 2018. The unanimous board vote included a $140,000 cash settlement.

While Szigeti will remain the CEO through the HTA’s 2018 Global Tourism Summit (October 1-3), his departure will leave the three top HTA management positions vacant during a very challenging time for Hawaii including “overtourism” — which is becoming an international buzzword. Read “Europe Made Billions from Tourists. Now It’s Turning Them Away” in Time Magazine HERE

HTA has retained a local recruiting firm to conduct the initial search and to qualify applicants for a new Chief Executive Officer, Chief Administrative Officer, and the Vice-President of Marketing & Product Development. See job descriptions HERE. HTA Chair Rick Fried, Esq. appointed three separate committees to do the final evaluation and selection. Fried will continue in place until a new board chair is elected.

Agenda item #7 was the presentation of the latest HTA commissioned “Resident Sentiment Survey Results.” The presentation was made by Chris Kam, President of the Omnitrak Group, HTA’s polling vendor.

According to the poll, 61 percent of the 1,600 Hawaii residents surveyed (October 13, 2017-January 16, 2018) said they “strongly or somewhat” agreed with the statement: “Tourism has brought more benefits than problems.” While this is only a 2-percentage-point decrease from the last survey (Spring of 2017), the overall percentage has dropped sharply from 80 percent in 2010 to the announced 61 percent and the continuing downward trend is worth noting.

Kam said this annual survey, conducted since 1988, was done “during the 6th consecutive year of record visitor arrivals” and that the increasing use of social media has led to “more visitors appearing in places that they have not been in the past” at many once tranquil local recreational areas on all islands. View the Complete PowerPoint presentation HERE

This ever increasing influx of tourists has generated a tsunami of resident complaints because of the proliferation of tour buses and rental cars on our already overcrowded highways and neighborhood streets and the general wear & tear on infrastructure, beaches and other scenic spots and attractions including our state parks.

Kalani Kaanaana is the HTA Staff Director of Hawaiian Cultural Affairs. At one point, Rick Fried turned the meeting over to the astute millennial to brief the board on the status of several little-known HTA programs with the State Department of Land and Natural Resources (DL&R), Hawaii Division of State Parks. I later interviewed Kaanaana via phone to learn more about a statewide use survey of Hawaii’s 52 state parks which will be conducted in order to give DL&R some additional tools they can utilize to help focus on specific park challenges such as resident and visitor safety, general wear and tear, restrooms or lack thereof and the overall park visitor experience.

Kaanaana suggested I contact Curt Cottrell, Administrator for the DL&R Parks Division for more information about the HTA programs from the DL&R management perspective. Cottrell was very candid in saying, “Hawaii’s parks are like the canary in the coal mine” and their overuse is showing everywhere. He noted that DL&R’s current visitor surveys indicate, “the imagery on state web sites is misleading compared to the actual visitor experience.” He too said that that the social networks and the dramatic increase of Hawaii tourism numbers have created “a perfect storm” and today people have access to more once-unknown places than every before.

Having enough money to adequately maintain and staff Hawaii’s 52 state parks continues to be a challenge and Cottrell plans to seek more of the state’s TAT fund. One idea he’s floating is an additional “buck a head” ($1.00 per visitor) from the TAT. Many residents don’t know that Hawaii’s park system includes Oahu’s ‘Iolani Palace, the Queen Emma Summer Palace and the Hulihe‘e Palace in Kailua-Kona. These valuable cultural icons are particularly expensive to properly maintain.

CHANGING COURSE FROM “MARKETING” TO “MANAGEMENT”

One fact is becoming very clear. Everyone involved with marketing the state of Hawaii must transition from “marketing” to “managing” tourism; indeed a formidable challenge. Because of Hawaii’s great beauty, near-perfect weather and overall destination desirability including public safety, our fragile ecosystems and basic infrastructures are being degraded at an alarming rate because of overtourism. “Fewer visitors spending more money” must become our #1 goal. For a better understanding of how we can get there from here, view the following video (25-minutes):

Now a business and management consultant, Frank Haas has a long career in the Hawaii tourism and hospitality industry, especially in tourism marketing. Haas has a new perspective on tourism — Hawaii’s largest industry. Nearly 9 million tourists came to Hawaii in 2017 — a new record. But there are cries for a government and industry review of tourism, especially in light of over-crowding, impact to housing, and environmental issues — can tourism be “managed” better? What are the critical issues for Hawaii tourism’s future for the Hawaii Tourism Authority and for the State government, and Hawaii society? The host for this episode is Ray Tsuchiyama. The guest for this episode is Frank Haas. Tourism in Hawaii Today — and the Future (Business In Hawaii).

CROWDED OUT: AN OVERTOURISM DOCUMENTARY
The Story of Overtourism