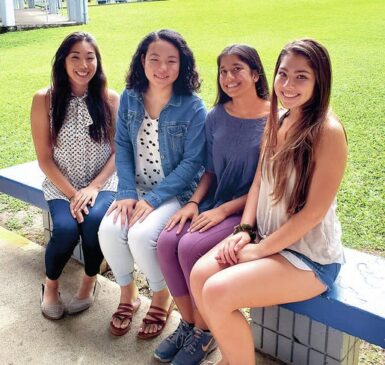 The Hawai‘i State Department of Health, Department of Education, and University of Hawai‘i at Manoa, Curriculum Research & Development Group recently released high school data from the 2019 Hawai‘i Youth Risk Behavior Survey (YRBS) for the state and all four counties. The YRBS is a biennial survey that regularly monitors the health risk behaviors of public, non-charter school students statewide. Over 12,000 Hawai‘i students in grades 9 through 12 participated in the 2019 survey.

Topics covered in the survey include unintentional injuries and violence; tobacco, alcohol, and other drug use; sexual behaviors that contribute to unintended pregnancy; protective factors; mental health and suicide; dietary behaviors; and physical inactivity. The 2019 YRBS results show trends towards less-risky behaviors in many important areas and highlight needed improvements in others.

Many YRBS indicators suggest an increase in youth behaviors that support healthy lifestyles. Only 11% of high school students report drinking at least one can, bottle, or glass of soda or pop at least once per day, compared to 23% in 2007. The survey does not cover drinking other types of beverages with added sugar such as sports drinks, energy drinks, fruit drinks (other than 100% fruit juice) or sweetened tea and coffee. Alcohol use declined from 2017 among Hawaii’s youth, with 1 in 5 high school students reporting that they drank alcohol within the 30 days before the survey.

Similarly, there continues to be a steady decline in smoking; only 5% of Hawaii’s high school students smoked cigarettes in the past 30 days compared to 15% in 2009. Of great concern, however, are the high number of youth who have tried electronic smoking devices, with 31% (or almost 1 in 3) of high school students using electronic vapor products in the past 30 days.

“The Department of Health is pleased that new survey data shows improvements in many important health risk behavior areas,” said Chronic Disease Prevention and Health Promotion Division, Administrator, Lola Irvin. “However, the continued rise in youth use of electronic cigarettes reminds us that there is still work to be done and the importance of working with partners to ensure that policies and programs are in place to change the trajectory of this critical health risk behavior.”

The proportion of high school students meeting physical activity recommendations decreased, with 17% achieving the national recommendation of being physically active at least 60 minutes per day compared to 20% in 2015. Sedentary time continues to increase, with 42% of high school students spending three hours or more per day playing video games or using a computer for non-school purposes compared to 31% in 2007.

Survey procedures protect students’ privacy by allowing for anonymous and voluntary participation. The data is gathered from students in public high schools across the State

The Hawai‘i YRBS is part of the Youth Risk Behavior Surveillance System, developed by

the U.S. Department of Health and Human Services, Centers for Disease Control and

Prevention (CDC). National YRBS survey results were released by the CDC and are available at https://www.cdc.gov/healthyyouth/data/yrbs.

For more information on the Hawai‘i YRBS, visit

race/ethnicity, and the survey questionnaires are available at www.hawaiihealthmatters.org and http://hhdw.org/health-reports-data/other-reports/